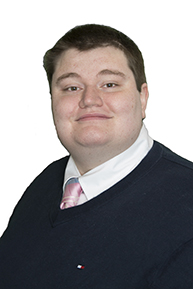 “There are many ways people can be taken advantage of in the law, I think it is important to have people fighting to protect those people.”

Michael McGinny calls Plattsburgh NY his hometown and he earned his bachelor’s degree from SUNY Potsdam. Michael is passionate about helping others and joined the team at Jason Stone Injury Lawyers to help defend people who could otherwise be taken advantage of.

His determination to succeed defines his approach to his work which can be summed up as, establish a plan, execute it, and don’t stop until the job is done.

In his free time, Michael enjoys playing Dota2, and watching hockey, and football.