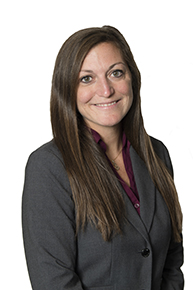 Michelle Newton was born and raised in Peabody, Massachusetts. She graduated from Stonehill College in 2006 with a bachelor’s degree in criminal justice. During her undergraduate studies, she worked as an intern in the Plymouth County District Attorney’s Office, Juvenile Division.

After being admitted to the Massachusetts Bar in 2009, she began her legal career working as a litigation attorney in a small personal injury law firm, where she was promoted to managing attorney after one year. She is licensed to practice in the United States District Court for the District of Massachusetts.

Michelle joined Jason Stone Injury Lawyers so she could aggressively pursue her clients’ best interests both inside and outside of the courtroom. Her areas of focus are personal injury, domestic relations, and Social Security Disability.

Get to Know Michelle!